ElastiCache supports the Memcached and Redis cache engines. Each engine provides some advantages and ElastiCache Redis vs Memcached provides the key differences between the two engines. 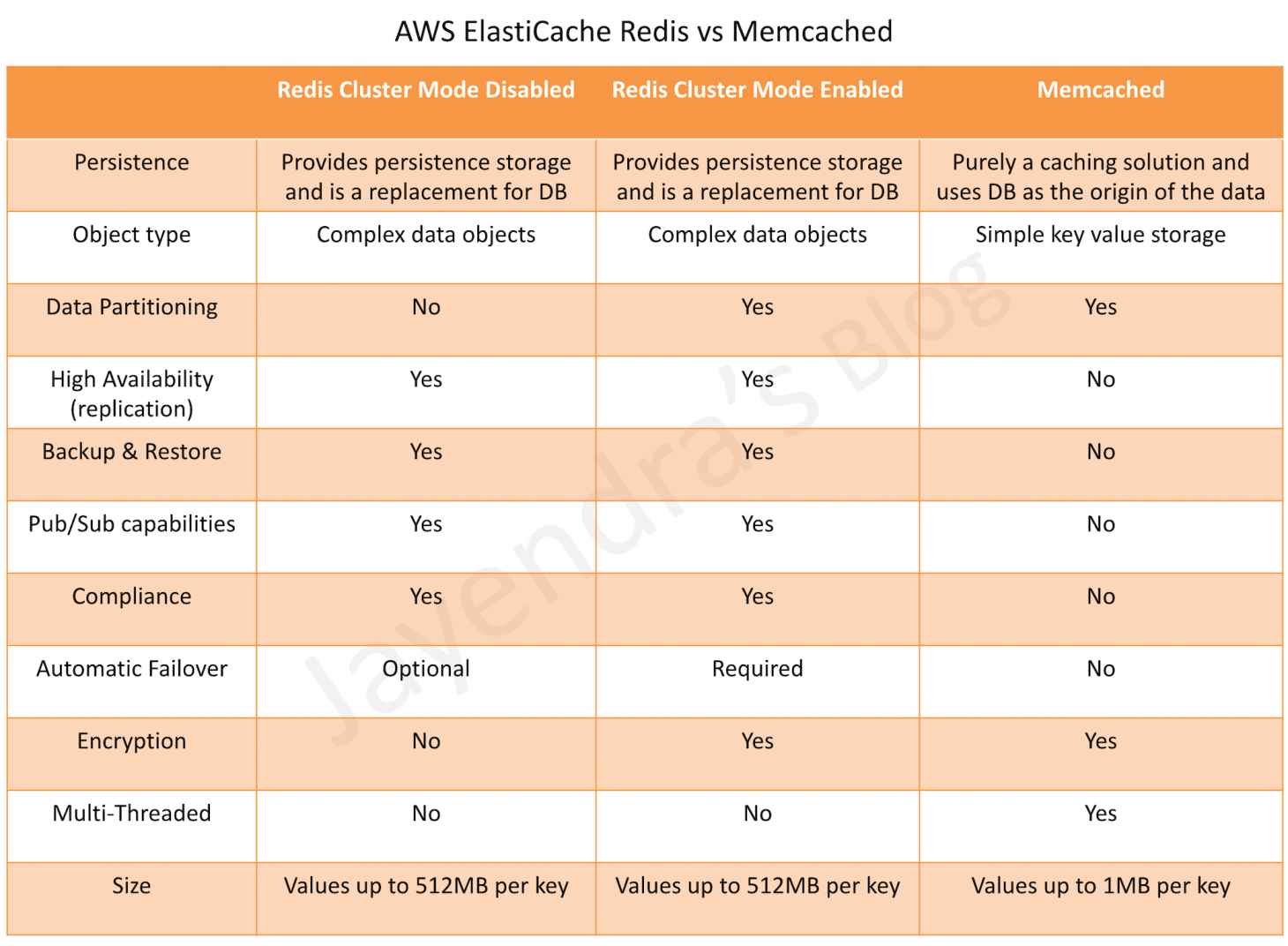